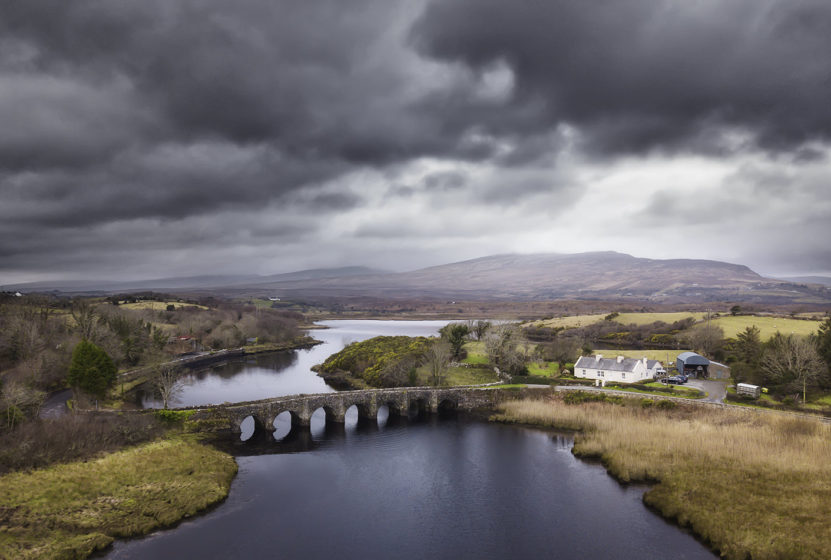 The Great Western Greenway resides on what used to be the railway connection between Achill Island and Westport, traversing through beautiful picturesque towns like Newport, and the tranquil village of Mulranny.  The greenway is Irelands longest dedicated off road walking and cycling route.  This means you can explore scenery that hasn’t been possible since 1937, by bike or by foot.  The greenway became reality in 2010, when the section between Newport and Mulranny officially opened.  The reaction from users, locals and visitors to the area was phenomenal, it seemed to give even the less energetic a new perspective on outdoor activities.  The greenway brought huge numbers to the area to cycle around ideallic scenery and panoramic views of Clew Bay and Croagh Patrick, this resulted in the extension of the greenway from Newport to Westport and from Mulranny to Achill Sound in late 2011.  The greenway is proving to be one of the top visitor attractions in Ireland with over 250,000 users in 2014!  The Great Western Greenway is considered one of the best things to do in Westport, Newport, Mulranny & Achill since it opened.  It has proven to be great for family adventures or a romantic couples day out!

The best of Irish Scenery from two wheels...

The greenway attracts hundreds of thousands of users every year and has proven to have some of the best scenery in Ireland. Come, spend a day, and see for yourself!

The trail between Newport to Mulranny is regarded as the best section in terms of scenery, distance from the main road and overall experience.  Families and those of moderate fitness choose to do this route as it provides excellent scenery, peace and quiet and is a great distance to do if you don’t do a lot of cycling.  This section is the only section with on track refreshment stops!  Riverside Cafe is 16km from Mulranny towards Newport and provides an excellent stop for the lighter bite and a quick cup!  Riverside is a charming little traditional Irish Cottage that has been beautifully restored and opened as a small cafe, with tea’s/coffee’s, home baked goods and lots more!  Nevin’s of Newfield is 11km from Newport and provides an extensive breakfast, lunch & dinner menu along with full bar in a modern and tastefully decorated establishment.  Both premises have toilets too!  The greenway is predominantly flat as for the most part was developed on the railway line, and any gradients you will encounter are fairly gradual.  There are also services, cafe’s & restaurants in both Newport & Mulranny.

The trail between Mulranny and Achill also provides beautiful scenery, although a little shorter than the Newport to Mulranny section, you can still cycle quietly along to Achill Sound.  This section is a little more exposed to the elements but this often provides magnificent views of Mayo’s rugged coastline with Bellacragher Bay running by your side.

The trail between Newport and Westport predominantly follows alongside the N59 between the two towns.  This is the shortest section of the Great Western Greenway and is a great connection between the two west Mayo towns.  There are no services on this section, but being the shortest, it doesn’t take long to complete.

Services along the route.

WE ARE NOW OPEN AGAIN! Our shuttle bus is running for our customers exclusively. Face masks are mandatory on shuttle bus. BOOKING IS ESSENTIAL DUE TO LIMITED AVAILABILITY.